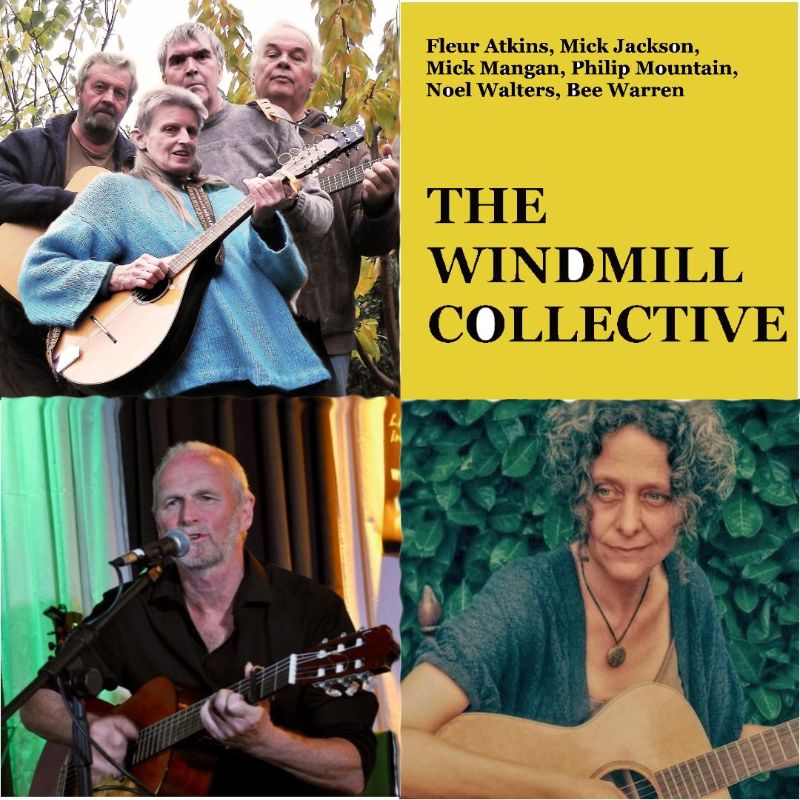 The Windmill Collective consists of several musicians all of whom play regularly at the Acoustic Mondays Night in Wymeswold (every second Monday of the month at the Windmill Inn), and who also perform in various combinations under other names – such as Stringummyjig (“an eclectic mix of traditional and contemporary folk, Americana and classical compositions”) The Tree Fellers (“new interpretations and arrangements of songs and tunes from the Celtic and English traditions”) – and also as solo artists. Based in Nottingham and Leicestershire, the line-up comprises Fleur Atkins, Mick Jackson, Mick Mangan, Philip Mountain, Noel Walters, Bee Warren together with guest whistle-blower Rick Blackmore.