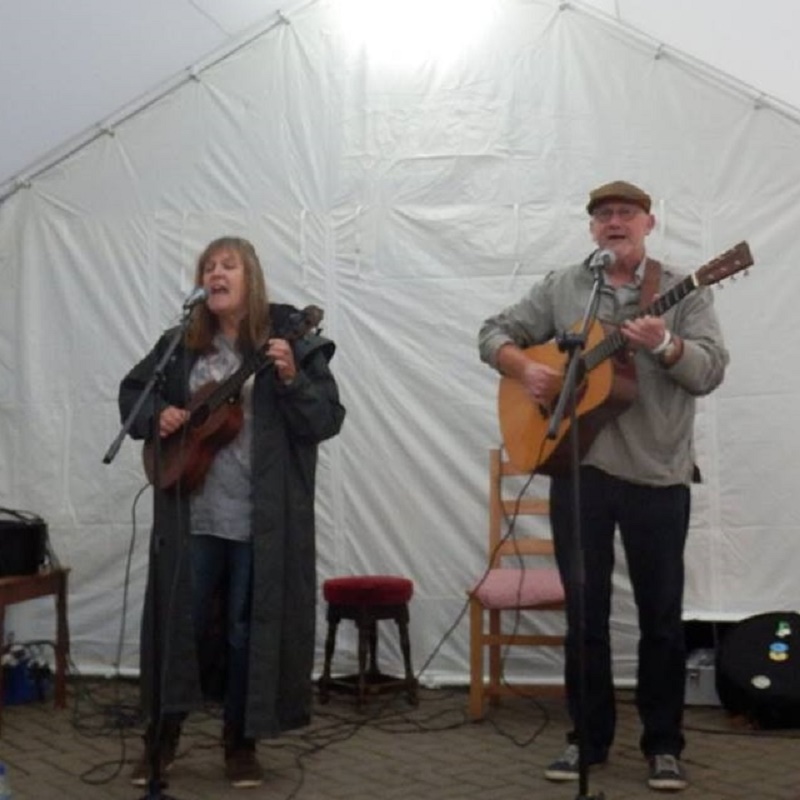 Under African Skies ties with I am no Mermaid, but of our own songs probably Smile and Beautiful Dreamer.

Everyone, because we are new to the Festival and hope to see as many people as possible.

Too difficult, probably the Isle of Wight Festival in 1970, but also Lincoln Folk Festival in 1971. Seeing Bob Marley in Hammersmith in 1976, Fairport Convention with Sandy Denny in 1974, and supporting Davey Graham and later Tim Hardin in Putney in 1978.

A pint of beer.