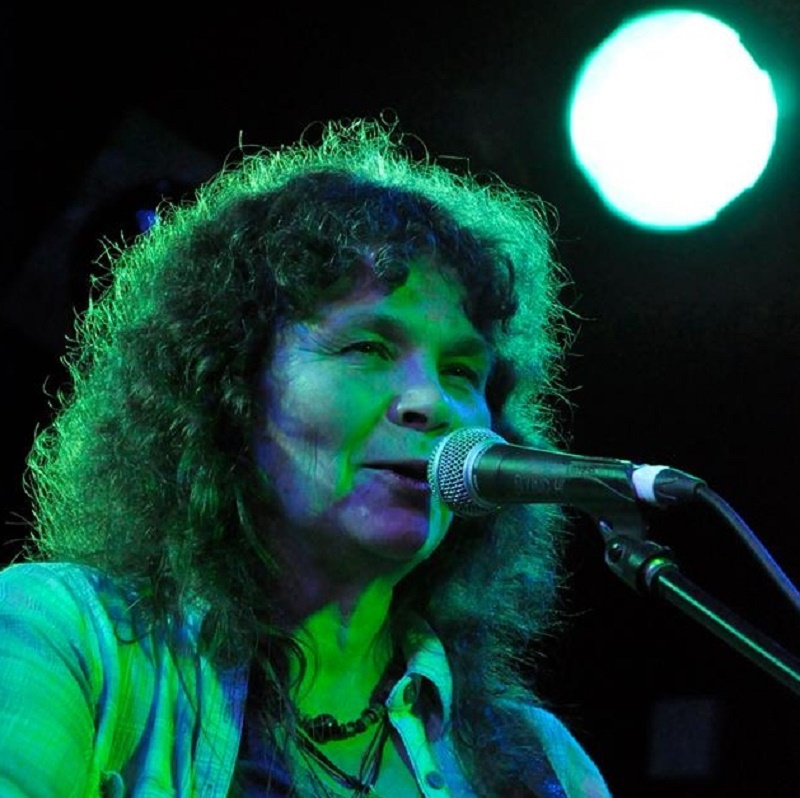 TABAC folk club in Thurnby on 1st Sunday’s, and Geese and Fountain in Croxton Kerrial on 2nd Sundays. It’s been an eventful year so I’ve not got out as much as before. We do love Melton Folk Club when we manage to get there. (we love you too, Sheila!)

My Mum bought me a Donovan record when I was a teenager, and I bought a guitar aged 15 (I’m now 65) and was knocking around with three friends, who were that bit ahead of me.

Lots of people have been an inspiration including Dick Gaughan, Pete Morton, Norma Waterson, Dougie Maclean, and of course Pete Burnham who I sang with for years

Difficult to say, because it depends on the mood and political climate. Ralph McTell’s Streets of London has always been a favourite, because it tells a story about homelessness, and people join in which is wonderful, also Mick Ryan’s Love is Life, which tells quite pragmatically of the cycles of life ending in new life.

The Voice Squad at Cleethorpes Folk Festival many years ago was an out-of-body experience.

Rolling Home by John Tams– it mentions workers slogging it out through the winter, but being strong together and has a brilliant chorus

Where can we find you? (social media/you tube / band camp/ gigs etc):

http://crowspirit.org.uk is my website where I throw things that I am interested in, when I remember, and there are some songs on there. I’m on Facebook, have Youtube, and there are as number of videos in the internet. CivicLeicester has uploaded quite a lot over the years.