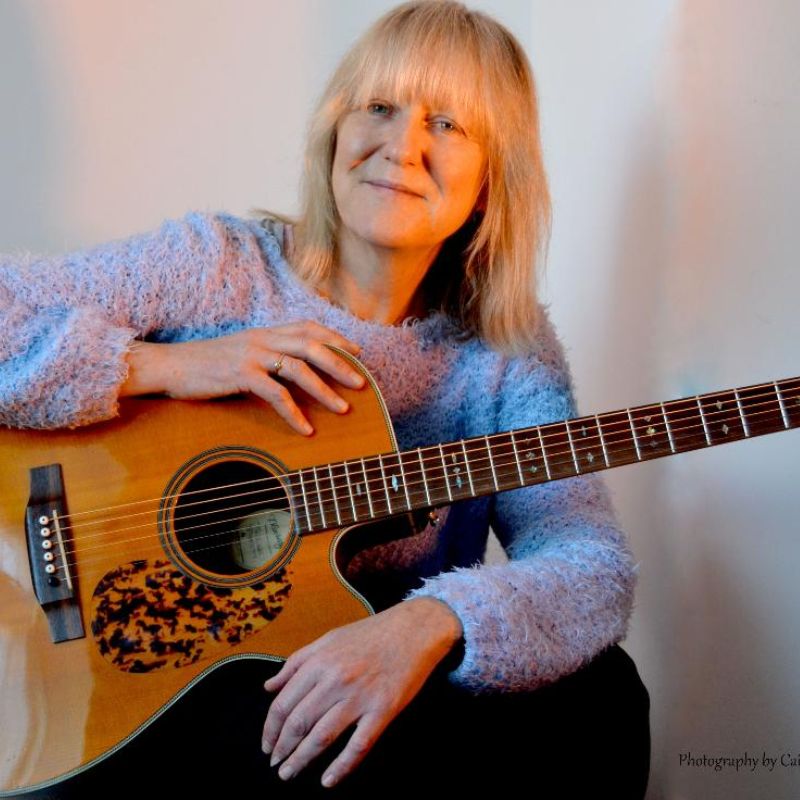 Karen Macleod of the Nottingham based acoustic blues duo, The Hogrenderers, ( see Facebook page) is also an accomplished fingerstyle guitarist and singer who plays an eclectic mix of country blues, ragtime, American folk and bluegrass songs. Clear musical influences include the likes of Doc Watson, Norman Blake, Mississippi John Hurt, Rev.Gary Davis and Blind Blake. She has performed at various blues festivals around the country including the Great British Blues Festival at Colne and Burnley ( as part of a former duo, Sanders and Macleod ) and also at Glastonbury. She spent two years living in Appalachia, in the Blue Ridge Mountains of Virginia ( there’s a song in there somewhere! ) before hoboing across the USA on freight trains. Only got caught twice… You can expect to hear influences of these experiences in her well crafted instrumentals and original songs.